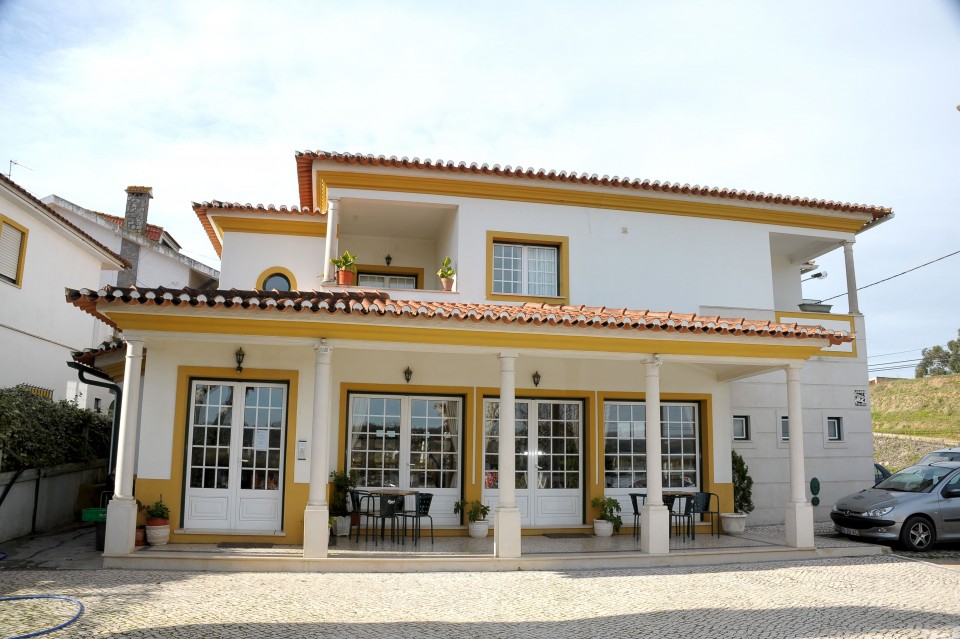 The Best of Tomar

The Best of Tomar

The Tabuleiros Festival is one of the oldest cultural and religion manifestations in Portugal, that happens every 4 years, starting in July.

This festival of "Thanksgiving" and offerings, maintained its characteristics unchanged since the seventeenth century.

The tradition has been maintained for the last years. Many of this ceremonies, like the procession of the Holy Spirit oxen (Butler's Parade), the Parade of Trays, the dresses of girls carrying the Tabuleiros and Pêza or the distribution of bread and meat, happens during this festival.

The main feature of this festival is the parade of trays or the procession, with a large number of trays that represent the parishes of the county.

This procession that represents dignity, colour, brightness and excitement passes through the main streets of the city, on a 5km route, with outstanding quilts hanging in the windows, thousands of visitors in the streets and a shower of flowers' petals that are thrown so enthusiastically during the parade.

Participating in this Festival is absolutely mandatory...!

This is the most important monument of Tomar, classified as World Heritage Site by Unesco.

The construction of Tomar Castle began in 1160 by the templars that had as the main goal defining a line of defense against the Muslim assaults. This goal was proved in 1190, with an attack by the forces of the emir of Morocco, where Tomar not only withstood the siege but also inflicted them with heavy casualties, giving the name "Port of Blood" to one of the doors of this castle.

With the dissolution of the order in 1312, King D. Dinis, delivered Tomar to the Order of Christ, that had as governor Infante D. Henrique, who lived in this Castle. From 1495, during the reign of King Manuel I, several renovations were made within the castle grounds, such as the expansion of the Convent of Christ and the Queen's Hall, creating one of the most beautiful portuguese architectural complexes, since it had a harmonious mix of various architectural styles.

During the reign of Prince Henrique, the Navigator, Master of the order since 1418, cloisters were built between the Charola and the stronghold of the Knights Templar, but the greatest changes occur during the reign of King John III (1521-1557).

Architects such as João de Castilho and Diogo de Arruda sought to express the power of the Order with the construction of the church and the cloisters with rich Manueline architectural style that reached the maximum splendor with the window of the west facade. It is a periurban construction, located on the top of a hill overlooking the plain where the city extends. The Church is surrounded by the walls of the Castle of Tomar and by the forest fence.

The Aqueduct Pegões is one of the largest and most imposing portuguese aqueducts.

It was built between the end of the XVI century and beginning of XVII century, at the behest of Philip I, in order to supply water to the Convent of Christ. The history of this aqueduct is strongly linked to the convent.

The aqueduct Pegões has an overall length of about 5 to 6 km and the larger portion reaches a maximum height of 30 meters. Here, the construction comprises two rows of arches, with the upper ones round and lower ones ogival. Originally the aqueduct was supplied by three mother-waterlines. We can walk through the aqueduct since there is a platform that follows the water path. This route is a unique experience, since other portugueseaqueducts don't allow us to walk on them.

The Almourol Castle is located on a small island in the river Tagus, and it can be visited by boat.

On the sequence of the Christian re-conquest of the Iberian Peninsula, Almourol was conquered by D.Afonso Henriques, in 1129, that handed it over to the Templar Order. This order is responsible for the reconstruction of the castle, giving it the characteristics of templar fortifications. The inscription on the existing main gate, informs that the reconstruction was completed in 1171. With the dissolution of the Templar Knights in 1311, D. Dinis gave the castle to the Order of Christ. The earthquake of 1755 caused several damages to its structure and during the following century a lot of changes were made so the initial architectural austerity was modified. Classified as National Monument, during the Estado Novo (corporatist authoritarian regime installed in Portugal in 1933) was considered an Official Residence of the Portuguese Republic.

The castle was built in order to follow the unevenness of the ground, with two interior levels. The first accessed through the main entrance and the second, where the Watchtower is located, through an interior staircase.

The Bayou of Castelo de Bode, is ideal for the practice of nautical activity and sport fishing. The quality of its water allows refreshing dives in its river beaches.

This dam extends along 60 kilometers, along an amazing landscape between valleys, mountains and pine forests, combining perfect conditions for the implementation of various tourism activities.

This gigantic water reservoir supplies the region of Lisbon, around 3 million of people.